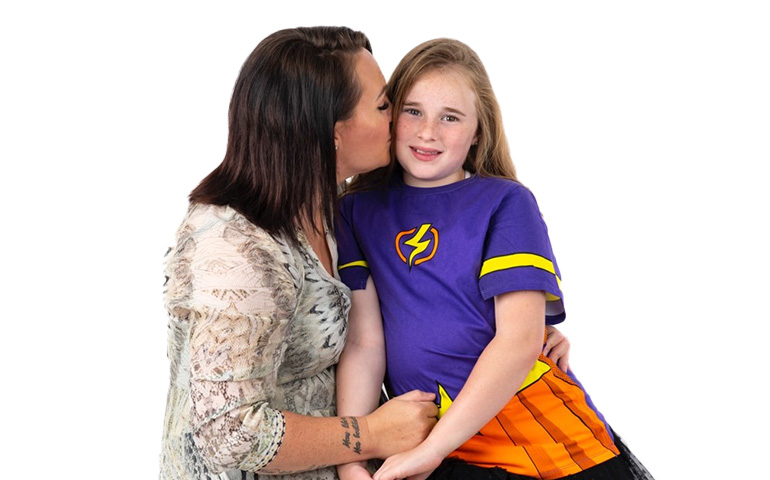 Megan is the mum of three beautiful girls, including real-life superhero Indyana. At almost ten years old, Indyana lives with the rarest and most aggressive type of epilepsy in the world. She has probably had this condition since birth and was diagnosed at age one. Indyana has been through a lot in her short life, and Supertee has been a positive part of her journey.

Since being diagnosed, Indyana has undergone two major life-saving brain surgeries at Sydney Children’s Hospital in Randwick. During one of these stays, Megan was introduced to the Supertee garment and supporter family. Indyana took a catastrophic turn in 2019, which is when Megan was gifted a Supertee over Facebook. According to Megan, this simple gift was like a hug during an incredibly challenging time.

The Supertee community has helped Megan connect with other families in a similar situation. Knowing that other people care about your sick child gives you a smile during dark days. Supertee really feels like a family, and we love smiling back at others to make their lives brighter. Having a sick child affects the entire family, with Megan’s girls proud to be superhero sidekicks.

Through strength of inspiration and power of community, Supertee helps people to see the light.