With your help we can provide a Supertee to More children

Life has a strange way of testing people. Adversity affects people in many ways, with some seeing problems and others identifying challenges to overcome.

That was certainly the case for Jason Sotiris and his family.
Life dealt them the biggest challenge of all when their beautiful daughter Angela, at the age of just one, was diagnosed with cancer. Jason, a self-employed tradie, held his daughter close as the doctor broke the devastating news. Scans found tumours throughout Angela’s tiny body, and she was given a 20% chance of beating what was a rare, 1 in 100,000 disease.

Months of traumatising treatment followed, as Jason and his family desperately sought options for their beloved child. One night, Jason was observing his daughter’s IV drips, heart monitors, and central lines when she woke suddenly and vomited due to the potency of her chemotherapy.

As Jason waited for a nurse to come, he attempted to carefully change Angela into clean clothes. This proved difficult and only seemed to upset Angela more. Afterwards, as his daughter settled back to sleep, Jason had a great idea. He wanted to create a garment that could be changed easily whether the patient was awake or asleep. Not only would this make life easier for nurses and parents, but it would also reduce stress for patients during difficult times.

Jason presented his vision to a good friend, and both men decided to invest in the idea. A prototype of the Supertee was created, with guidance provided by the hands-on nurses in the hospital system. This great product was launched in June 2018 at the same hospital that had cared for Angela! During this extremely challenging time, this was a special moment that Jason and his family cherished.

Since its inception, Supertee has helped thousands of Australia’s sickest children and their parents. There are 200+ volunteers involved in supporting Supertee nationwide. Over $500,000 has been donated, and more than 8,000 Supertees have been delivered so far. Supertee won the Australia good design award for social impact in 2019, and the charity continues to grow by leaps and bounds thanks to supporters across the country.

When you have a strong reason why, you will always find a way Life has a strange way of testing people. Adversity affects people in many ways, with some seeing problems and others identifying challenges to overcome. 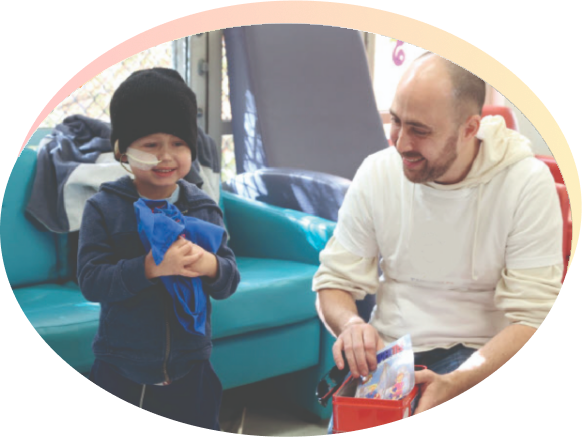